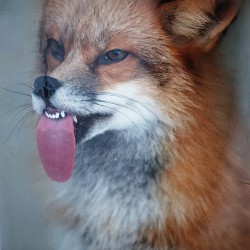 Nose in a Book

Sometimes I just have too many feelings about books so this is where I come to when they're about to spill over.
Twitter
Goodreads
Tumblr
15 BOOKS

Guess the right number and you could win Cress by Marissa Meyer!

Check out my blog! It would make me insanely happy!

And there's a poll. How could you resist a poll?

"Men are more interesting in books than they are in real life." 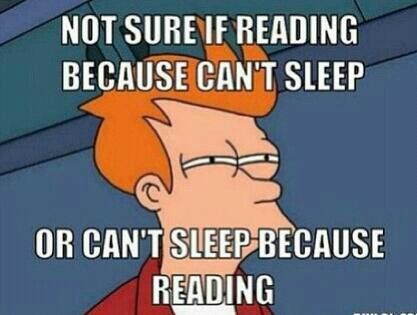 "“I took one look at it and demanded that he name three things he isn't good at.
"Roller skating, singing, and talking to girls."
"You left out stalking," I told him as he helped me out of the bed. "I can always tell when you're lurking around corners."
"You only asked for three.”"

"We'd stared into the face of Death, and Death blinked first. You'd think that would make us feel brave and invincible. It didn't."

That moment when the book you're in the middle of is due back to the library VERY soon.

This is happening right now for me. I'm like 75% done The 5th Wave and it's due tomorrow and I really need to finish it because I will die if I don't get to the end sooner rather than later. The thing is, I totally could finish it. The only thing stopping me is homework. I have some chem readings and questions and pre lab things that all need to be done tonight also.

So what do I do? I write a post about it on Booklikes.

June and Day arrive in Vegas just as the unthinkable happens: the Elector Primo dies, and his son Anden takes his place. With the Republic edging closer to chaos, the two join a group of Patriot rebels eager to help Day rescue his brother and offer passage to the Colonies. They have only one request—June and Day must assassinate the new Elector. It’s their chance to change the nation, to give voice to a people silenced for too long. But as June realizes this Elector is nothing like his father, she’s haunted by the choice ahead. What if Anden is a new beginning? What if revolution must be more than loss and vengeance, anger and blood—what if the Patriots are wrong?

Ok, so Prodigy is the sequel to the book Legend by Marie Lu. I loved Legend so I had high expectations for this next instalment.

And I have to say, it did not disappoint! You see, usually in these trilogy books, the middle one is a little boring and/or pointless because you already know everyone and the premise has been introduced but it's not quite time for the big showdown at the end where all is resolved and you can happily stop wondering every second what is going to happen next while you wait for the next publication date. Also, for some reason, a second love interest comes into play (they're starting to introduce him earlier on but back in my day you met him once the second book rolled around.) and that gets really annoying. ANYWAY, all that was to explain why second books usually don't tend to be good and why it's awesome that Prodigy didn't turn out that way.

This book could've been its own story aside from the fact that you wouldn't really know how they got to the part where it starts off.

I really liked how you got both perspectives from the main characters, June and Day. Not even just to get more storyline when they're in two different places but to know what they're thinking of their situation and of each other. Seguing from that, I also liked how their relationship was real. It wasn't love at first sight, they're getting to know each other better, having doubts but still trying. It's not perfect at all times but what relationship is? That was awesome to see instead of one where there is only instant attraction from some helpless female and a mysterious dude. (QUESTION: What was the first book that popped into your head when I said that?)

The secondary characters were great, it was nice to get to know some, like Kaede and Tess, better. As for the plot, I never know how much to give away since I hate having things ruined for me personally but I still need something to talk about. I guess I'll stay within whatever Goodreads says as the description. They inevitably team up with the Patriots since both are against the Republic. It was kind of random that the Elector just dies but since this story is happening in a book and not in real life, it's ok for things like that to happen because it makes for a better story. I just like how it turned out, with each of them learning more about how people and places have more than one side, including ones you never saw coming. (Major twist near the end, props if you saw it coming cause it's sure blindsided me!)

Overall, conclusionary statement that I'm not very good at making: This book was tres tres good. Legend was a wee bit better, but then again, Legend was earth-shatteringly good so what do you expect. June and Day are both strong characters that can both be fine without the other but also depend on each other if that makes any sense at all. The plot is fast-paced and riveting so don't be starting with a massive deadline looming.

I Have No Clue What I'm Doing Here

Is this a blog? Is this like a tumblr for books (sure looks like it), is this a Goodreads?

Is it against the rules to post anything that is not about books?

Just trying this out, I'll figure out how everything works at some point in my life...

Welcome! I am Karen and I love reading. Literally I am in the middle of at least 2 books at any given moment, usually more. I mostly read YA stuff but sometimes I branch off in weird directions like I once read a book about fonts? And it was good?

Yeah, so I will definitely be posting what books I read (and you'll want to keep on top of those because my taste in books is impeccable, says me) and writing reviews on a lot of them.

What I would like to put out there is to communicate with me! Tell me you disagree! Tell me I am perfect! Ask me what I'm up to. Ask me to check out your page/blog/thing! It would make me the happiest girl in the world.